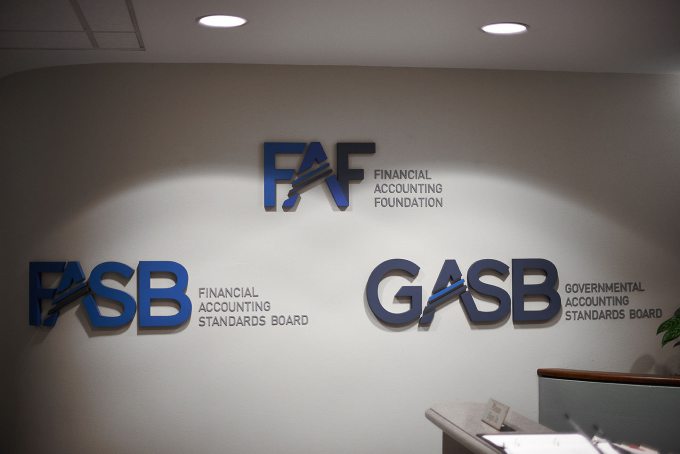 Posted by cyberbooks Team on November 13, 2017 | Featured | No Comments

The Financial Accounting Standards Board’s new standard on accounting for credit losses will require some major changes for banks, particularly smaller ones, as well as many companies that provide loans.

The current expected credit loss, or CECL, standard requires them to measure all of their expected credit losses for financial assets held at the reporting date based on historical experience, current conditions, and reasonable and supportable forecasts. They will have to use forward-looking information for their credit loss estimates. FASB approved the new standard in June of last year. It will be taking effect in fiscal years beginning after Dec. 15, 2020, and interim periods within those fiscal years.

“Under the new changes, banks will be required to calculate, and report on, continual life of loan estimated credit losses for their entire commercial and industrial loan portfolios,” said James Gellert, CEO of RapidRatings, a company that helps banks implement the standard. “As a result, there’s a potential for banks to constrict capital to weaker companies and be more conservative with their lending in general.”
FASB doesn’t prescribe a specific method for calculating estimated credit losses, he noted, but CECL will require a much deeper level of modeling, analysis and reporting than what has previously been required.

“I don’t believe that CECL will immediately or directly increase probabilities of default per se,” said Gellert. “What I do think will happen, though, is the more conservative approaches from some banks will be to lend less to the weaker companies and potentially to lend for shorter durations. As you’ve seen for the past five-plus years, you’ve had loans going longer in average life, and you’ve seen banks as well as institutional investors chasing yield by going down the current curve in this low-rate environment. That has enabled a lot of companies that wouldn’t ordinarily have access to capital, and it’s given them cheap access to capital.”

He doesn’t think CECL itself will cause higher probabilities of default, but he does believe banks will become more conservative about the way they measure the probability of default. “That will have a ripple effect on corporations at the lower end of the credit spectrum,” said Gellert. “Your typical procurement or supply chain risk management is not as focused on the accounting issues that are affecting their largest and most critical suppliers, but this is going to make accounting affect their supply chains and the strength of them because it is going to have an effect on the weaker supply chain members to make them less able to continue to do business, or less able to invest in their business as a secondary effect of CECL.”

He pointed out that many banks, including the largest 30 banks and bank-holding companies, report under the Federal Reserve’s Comprehensive Capital Analysis and Review, or CCAR, program, under which they are subject to so-called “stress testing” to prevent a repeat of the 2008 financial crisis.

“They use the following model on their loan portfolios: Expected Credit Loss = Loss Given Default X Probability of Default,” said Gellert. “This is important because the greatest challenge banks will face is the development of statistical models and availability of data to accurately predict the probability of default. Larger banks already reporting under CCAR will likely leverage existing models, but will still require strong challenger models for audit purposes. CECL will also apply to non-financial services that have to report on short-term and long-term receivables, including net lease exposures.”
Many of the banks he deals with are concerned about the new standard when they hear about the implications. He believes the smaller banks that aren’t already subject to the Fed’s stress testing are less prepared than the big banks.

“The biggest banks are already being monitored by the regulators for their ability to withstand shocks in the economy so they have to do stress testing,” said Gellert. “For them, they’ve already got a process in place to manage that, and they’ve been reporting on that now for a few years. For the non-CCAR banks, which is the vast majority of them, CECL is a bigger problem because they don’t necessarily have the systems to leverage as easily as the CCAR banks. That means they’ve got to start more from scratch.”

He is seeing an uptick in efforts to postpone or weaken the new standard, but he doubts that will happen and advises banks to get ready for the new rules. “Many of them are lobbying in Washington to have CECL reversed or delayed or have it apply only to the bigger institutions,” said Gellert. “I don’t happen to think any of those efforts are going to be effective. I suppose they might delay or a greater review could be implemented. Everything we’re hearing in D.C. is that regulators and legislators are listening, but there’s unlikely to be much change. I think the smaller banks are going to have to implement systems that are far beyond what they’ve done before. That means a lot of internal organization, a lot of data cleansing and data organization, and cross-business functionality that many banks haven’t needed to do at this level before. On the corporate side, it’s a very small percentage of corporates that are focused on CECL or are aware of what CECL requirements will look like inside their business.”