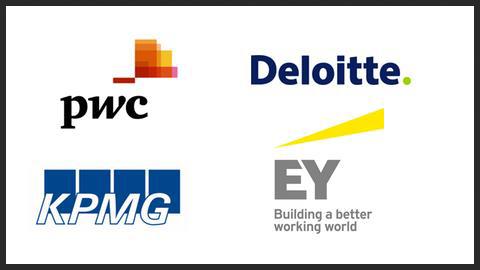 Posted by cyberbooks Team on November 15, 2017 | Featured | No Comments

The major firms are leveraging the latest tools to make the auditing process more efficient.

“I would say we all have smart audit platforms or we’re designing smart audit platforms,” said Roger O’Donnell, an audit partner at KPMG, during a press conference at Financial Executives International’s Current Financial Reporting Conference in New York following a panel discussion. “That’s available for all of our professionals to use. We then get into actual deployment of certain technologies. Experts are coming more into play to work with client systems, to be able to get data from them and then put them through the applications that we use. Then reporting goes out to each of the teams. A lot of it also depends on the clients, the systems that they have, and the ability to get us the data we need to apply some of these technologies. There you find a lot of differences in terms of what the client systems are, their readiness, their ability to provide you with the information you need. But we’re seeing more and more companies engaging in providing us with data that we could use across all of our audits.”

Michael Baccala, a principal at PwC, recalled how the technology evolved over the years. “We used to lug around trunks full of audit papers and client documentation, literal trunks,” he said. “Now it’s virtual. It’s online, accessible anywhere, anytime, anyplace, including mobile devices. Everyone engages with the technology. But it changes for different slivers that are specialized areas. We’re using artificial intelligence to extract data out of documents using natural language processing. There are specialists who have doctorates in linguistic technologies, and they’re touching that. Our professionals interact with it, but certain aspects of these technologies require specialists who will get involved and only deal with pieces of it.”

Firms are also leveraging collaborative technologies on audits. “From an input perspective, we have 50,000 client users on the client portal,” said Hermann Sidhu, a partner in global assurance at Ernst & Young. “It’s building a digital pipe right from our clients’ close process right into the audit. That minimizes use of emails, and minimizes putting things in a file. It clearly enhances the project management of the inputs, especially for large audits. It has a huge impact because you know where the gaps are. You know where things are going, not only for one audit, but for the entire portfolio of audits. Similarly for data capture. Think about having tools, having scripts that can enable data capture from a client’s complex ERP systems that can feed back into the audit to really minimize the burden on our clients in support of the audit. Similarly with the output side. You want to minimize delays. You want to minimize late surprises. You want to minimize things going offline. The reporting and collaboration are providing our clients real-time visibility, and it’s a huge advancement of the audit.”

As technology gets more advanced, it gives auditors a way to visualize financial data and analyze it better. Emerging technologies include the use of drones.
“There are a number of emerging technologies,” said Baccala. “I think we’re all looking to figure out where they all fit into the equation. Drones are a piece of it. We’ve all probably experimented with different ways to look at that, for example, with progress on major construction. It can give you a perspective on it. You can go out and look at it. It uses both artificial intelligence as well as the drone technology itself. There are certain use cases that may make sense for some of these technologies, but I don’t see us flying drones around anytime soon. There are certain areas, mining potentially, where you may be able to use these technologies, with virtual reality and augmented reality. There are questions of where you might apply these, and we’re looking at all of those to determine where they fit in and whether there’s a play on quality or a play on efficiency or better insights into what we’re looking at.”

The technology will benefit as computer processing power grows.

“Instead of the technology, it’s more about speed,” said Raphael. “When you think about computer processing power and where that’s going, the thing that isn’t talked about much because it’s a little bit further out is quantum computing, where that’s going and the speed we’ll be able to operate under, and how that’s going to fundamentally make the artificial intelligence that exists today child’s play compared to what’s going to be possible in the future as that comes to fruition. I can’t possibly predict when that’s going to happen, but there are real experiments on that in progress. That’s going to be a game changer. If you really want to look way out, that’s a big event.”

However, greater processing power could also pose problems for emerging technologies like blockchain that rely on encryption to protect transactions. If the encryption scheme can be broken with faster processors, blockchain will need to keep pace.

“Look at artificial intelligence,” said O’Donnell. “Anytime you see a breakthrough, whether it’s with [IBM’s] Watson, or in connection with the development of enabling health care companies and providers to better analyze results and expected outcomes. Companies are going to be investing in that type of technology to change what they’re able to do with their own data set. That’s going to have a bigger influence then on what we’re able to do from an audit standpoint. What’s the data they collect? How do they use it? We in turn can interpret how we use it in the audit. You ask how the audit looks in the future. You tell me what companies are going to do from an audit standpoint and say that’s where we’ll likely move to as well. That’s where the power is in terms of being able to extract and manage that data, being able to use it to interpret results from our standpoint, the client and their audit.”
They believe that audit quality will be enhanced, despite a recent academic study that found audit quality not keeping pace with audit fee increases (see Audit fee increases don’t lead to better audit quality, says study).

“I think that audit quality is paramount,” said Raphael. “That’s number one, regardless of the fee. That’s what our intention is and what we’re always going to deliver. I think the challenge as we go forward is a little bit related to technology. We’re all making major, significant investments into technology, which in some ways will potentially free up some people to focus on other things, whether that’s higher judgment areas or more interesting parts of the audit. But at the same time, they would be expected over time to get some kind of return on investment as well. There’s a balancing act here because perhaps there’s some time savings, but the time savings can be a function of what’s going to become recurring, ongoing keeping this technology running and very effective. That’s a bit of an offset.”

“When they think about automation, a lot of people think immediately that it’s lowering costs and it’s driving out elements of human effort,” said O’Donnell. “But we see very much the human efforts being a significant part of that. We see auditors not being replaced, but being enabled through the technology. And we do see a technology component that is very real. In a historical model that has been principally ‘rate times hours,’ it changes the equation for us to then say how do audits get measured in terms of cost and quality? What are the benefits of the technology both to the audit firm, to the companies, and more importantly to the investing public? What does that mean to the marketplace and their readiness to pay fees? I think that’s going to be a bigger driver.”